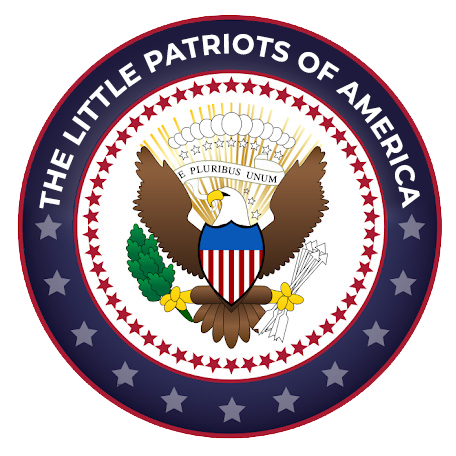 In God We Trust, This Land Is Our Land, God Has Blessed America

In God We Trust
God Has Blessed America
United States of A-Miracle!

Passing the torch together

“I love the Lord my God with all of my heart and my neighbor as myself.”

“Hey, what’s happening?” Asked Brayden, “Why do we hear the bell ringing? It’s not even Sunday!”

“It must be a special occasion!” Replied Selah.

“Well, you are right about that!” Answered Blaze. “Let's hurry down to the State House to see what’s happening there!”

The Liberty Bell was proudly announcing the adoption of the Declaration of Independence. The United States was going to be free to be one nation under God. That meant that the King of England could not make the rules.

Yeah! Yeah! Hip – hip hooray! Hey Patriots, guess what it says on the Liberty Bell! The Liberty Bell has a Bible verse on it that says, “Proclaim Liberty throughout all the land…”

Little Patriots do their best work. Emphasize the importance of coloring neatly. When they have completed the state, the bird and flower place a gold star on the Capital City. This is the reward for a job well done.

The Little Patriots Of America.us

In the name of Jesus, we proclaim liberty throughout New Mexico and Idaho! We pray for the patriots there to be safe. Jesus, You are the Truth. The Bible says that You set us free from sin (or from chains) that hold back the Little Patriots of New Mexico and Idaho. We ask for the Holy Spirit to be the wind. Blaze flies very high; we ask that the Little Patriots will soar upon the wings of eagles because the Holy Spirit will help them to fly high also.

Directions for the United States Map

Color the states on the map the same as the coloring pages.

Directions for the United States Flag

Place a silver star on the flag for each coloring page completed.

Good job, Little Patriot. You are a Super Star!

In God We Trust, God Has Blessed America
United States of A-Miracle!